Flat Rate or Flat Out

Flat Rate or Flat Out: Could the UK Pensions System About to Be Turned on its Head? 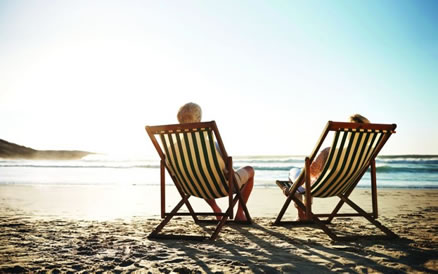 As ever, news of Chancellor Osborne’s upcoming budget announcement has brought with it a myriad of questions and speculations – are more cuts coming? How will our day-to-day finances change? Will lessons be learned from Google’s flagrant tax evasion? All of these topics have been banded around over the last few weeks, but perhaps the loudest issue – and possibly the most worrying – is that of a pensions system overhaul.

It’s no secret that here in the UK we enjoy a generous pension scheme, but if any of the media outlets are to be believed, this could soon be under jeopardy. Or will it? We decided to investigate further to bring our blog readers a more balanced approach to the issue at hand.

It’s likely that you may have heard the words ‘flat-rate tax relief’ as of late, and that’s because this change to pensions is the most likely to happen. In essence, the amount of tax relief available from the government on pensions savings could be changed to a flat rate – either 25% or 33% - for everybody.

Alternatively, there’s some speculation amongst industry veterans that the Chancellor could instead opt to entirely scrap the system that’s been in place for 90 years in favour of a new system that works in a similar manner to an ISA.

At the moment, however, we have no confirmation of what is actually set to change, and we could find ourselves surprised come next month’s budget announcement.

Are These Changes a Good Thing?

For lower income earners, a flat rate of tax relief would be a very welcome change indeed. Potentially, it could help people save thousands extra and offer up a more comfortable lifestyle once they hit retirement age. This is all down to a rise from the level of tax relief currently on offer, and as such it’s gaining support from people currently earning less.

And What’s the Catch?

Of course not everybody will be affected in the same way, despite the flat rate’s attempt at levelling the playing field. Middle class individuals saving for their pensions are likely to see their savings hit as the flat rate of tax relief is lower than what they currently enjoy. What this could mean is that higher earners are actively discouraged from saving after all, because more of the money they’re putting away will be taxed. Additionally, there’s nothing to say what would happen if a lower earner rose to a higher income earner.

On top of all this, any other drastic changes to the pensions system could see a mass backlash from individuals who – after wrapping their heads around new measures introduced last year – must now contend with a complete re-hash of a system that’s supported retirees for almost a century.

Is There Anything That Can Be Done?

Analysis by the IFS has provided middle class savers with some advice. After studying the effect these potential changes would have on higher earners, they concluded that such individuals would be better off investing in larger homes or an ISA instead. Of course, any move on the pensions system must be passed by the government, and with the fury of conservative voters on the line, it could be a proposed change we see swiftly swept away after all.

Are you looking for greater efficiency from a CRM built for pension selling? Your search has ended! Get in touch with Lunar CRM and let’s talk about what you need.