In the News: Flat Rate Scheme Faces Fresh Criticism – But is it Really All Doom & Gloom? 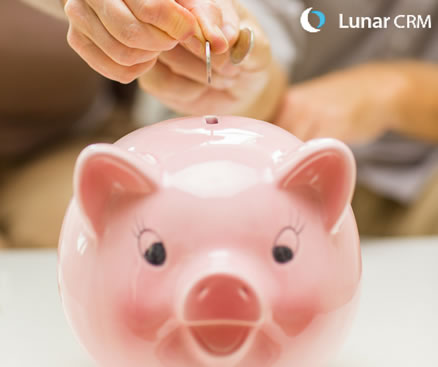 The new tax year has arrived, and with it all eyes have turned to the government’s latest pensions upheaval. Replacing the complex multi-tiered system is a simple flat-rate scheme, potentially evening out the playing field for savers everywhere. Despite the well-advertised advantages of the new system, however, there has been plenty of criticism - with one think tank now reporting that young workers will be worse off than before. But is it really all negative, or are there advantages to be had?

What is the Flat Rate Scheme?

As of today (Wednesday 6th April 2016), a new single-tiered state pension system has come into effect, called the Flat Rate Scheme. Anyone who retires after today – and after providing 35 years of National Insurance payments - will receive a flat amount of £155.65 a week from the state once they retire. Compared to the previous system, the Flat Rate pensions scheme is far easier to understand, but reportedly has the potential to leave some young workers worse off in the long-run.

How Will Young People Miss Out?

The Pensions Policy Institute (PPI) has calculated that three-quarters of workers in their 20s will be losing out on up to £19,000 over the course of their retirement. The reason for this is the abolishment of the Second State Pension, which traditionally ‘topped up’ pension payments for individuals who made enough National Insurance contributions to qualify.

Who Else Misses Out?

Revealing further statistics, PPI reported that two thirds of current 30 year olds will be losing £17,000 during their retirement, whilst Age UK have spoken up in defence of individuals in their 50s and 60s who are set to lose out on the new state pension because they don’t have the 10 years of National Insurance payments necessary to qualify under the new system.

It all seems like a lot of doom and gloom, but in reality the new pensions system has the potential to help 4.6 million people in their 20s and 30s to gain an average of £10,000 extra over the course of their retirment. Lower paid women, the self-employed and public sector workers are also being touted as groups set to benefit from the change.

When critiquing how the system could affect young people, it’s important to put the Flat Rate Scheme in the context of the overall pensions system – with the advancement of auto-enrolment, and the introduction of Lifetime ISAs next April, extra support is clearly available for young people preparing for retirement. Additionally, even though these initiatives put far more onus on individuals to prepare for the future themselves, the Flat Rate Scheme will continue to exist as a safety net offering much needed support.

What Have the Government Said?

Defending the Flat Rate Scheme in the face of fresh criticism, the government has stated that under the new system, more young people than ever before will have the opportunity to save, with a lower long-term cost to the taxpayer. Whether this is enough to encourage people to embrace the new system is yet to be seen, but it will definitely be interesting to gauge reactions as time goes on.

Are you looking for greater efficiency from a CRM built for selling financial products? Your search has ended! Get in touch with Lunar CRM and let’s talk about what you need.