How Insurance Firms Are Helping

Thoughts: How Insurance Firms Are Helping to Clear Up Storm Desmond 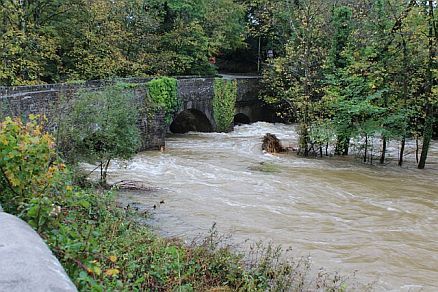 You need only have looked out of the window recently to clock that the weather hasn’t exactly been very festive, with Storm Desmond instead ruining the Christmas spirit for many families. Whilst many debate the part global warming has to play in the disaster and subsequent floods, the insurance industry has been hard at work helping families hit the hardest.

Storm Desmond made its mark on Cumbria and Lancashire at the start of December, and proceeded to flood 5000 homes, causing huge amounts of damage in the run up to Christmas. Although flooding has mostly subsided now and clean up has begun in areas such as Carlisle and Keswick, the Environment Agency has made it clear that flood warnings may be reissued soon.

For many families, the flooding has drenched their festive spirit, ruining gifts, decorations and prized property. As the flood waters recede, it becomes the job of insurers to help their customers recover from the worst flooding in years. But what are they doing to help?

In response to criticism surrounding their response to the 2007 flooding, insurance firms have made sure to be proactive when tackling Desmond’s aftermath. Rapid response teams are now sent to major incidents across the UK so as to immediately respond to the public’s questions, offer advice on what to do next and help them to get the claims process underway. It’s even been reported that a ‘small army’ of insurance experts have been dispatched to offer assistance.

Although the worst is now over, it unfortunately seems that there’s still more wet weather to come – Cumbria in particular is expecting a further 12 hours of rainfall (between 20mm and 40mm), which could set the recovery effort back even further.

In response to this forecast, insurers are actively advising customers to minimise any further damage to property and possessions as much as possible, lowering any further claims and preventing a hike in premiums further down the line.

How Have They Been Doing?

It goes without saying that this approach to a natural disaster has shown a great improvement in both the sensibilities and inner workings of insurance firms up and down the country. Face-to-face interaction with an insurance agent is welcome not only because of the ease compared to overwhelmed phone lines, but also because of the reassurance customers gain from talking with a real human being. The next few weeks will be telling, but so far it seems insurers have listened and applied previous critique to great success.

Although initial responses have been commendable, in the long run it’s not all plain sailing for insurers. Even before the storm hit, the market was facing losses, with Desmond simply adding to the pressure – even if the localised nature of the disaster has limited the negative impact on earnings, to a degree. Add to this the continually competitive nature of the industry and it looks as if insurers will have a fight on their hands in 2016.

Storm Desmond has also thrown a spotlight on current flood defences, calling their effectiveness into question after some new instalments failed to prevent any damage at all.  This knowledge – combined with current environmental fears – is sure to make insurers rethink their current policies on weather related incidents in years to come. For now though, their focus is purely on helping customers to piece their lives back together in time for Christmas – and we wish them all the best as they do!

Give your team the gift of a bespoke CRM solution this Christmas – simply get in touch and arrange a free demo with a member of the Lunar team, and prepare for a festive treat!