In The Hot Seat

In the Hot Seat: What Can We Learn from Facebook's Recent Data Scandal? 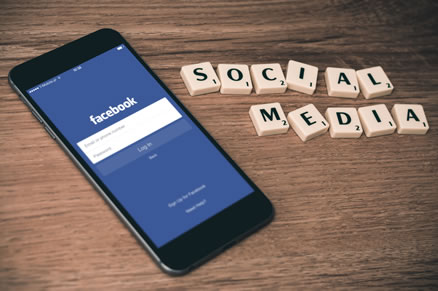 Unless you’ve been hiding under a rock recently, you’ll have noticed Facebook taking up a lot of headline space once again. As with so many scandals in the 21st century, the latest controversy all about how much data Facebook is collecting on users, how it’s using it, and the unscrupulous activities of their partners (particularly, Cambridge Analytica).

Now, as the crisis unravels, it’s becoming clear that Facebook have a lot to answer for, even being called in front of federal officials in the United States, though escaping questioning by UK MPs. Meanwhile, stocks are down and faith in the social media platform is being rocked.

Fortunately for everybody else, this is a teachable moment – and there are definitely a few important lessons we can all take away from Facebook’s latest misstep.

One of the most crucial aspects underpinning the outrage around Facebook’s data practices is the fact that personal information was harvested without consent, not only by Cambridge Analytica whose employees bragged about their importance in the Trump presidential campaign, but also by Facebook themselves.

Although users have access to the data Facebook holds on them, a lot of data gathering is happening behind the scenes, with revelations around the level of detail collected on Android users causing mass concern.

We can grasp from this that transparency is key to maintaining relationships: if customers know why you’re collecting data and what it’s being used for, they can make an informed decision around consent. With the incoming GDPR guidelines, this will hopefully become the norm.

The Power of Customer Feedback

Although a debate rages around whether or not Facebook is “too big to fail”, one thing is clear: upset users can still damage a tech giant. The #DeleteFacebook hashtag has made its way around various social media sites since the scandal broke, with experts and influencers across digital sectors providing advice on how to delete a profile once and for all.

It’s not just customers whose wrath Facebook are feeling either. Fears around whether or not their actions will result in greater regulations, as well as the seeds of mistrust spreading to other firms, has seen $60billion wiped off of Facebook’s valuation, as well as drawing ire from the likes of Google.

This is a powerful lesson for businesses to learn: customers still hold the power in the relationship, and mishandling a situation or avoiding transparency in the first place can see a great deal of damage done to a brand’s reputation and bottom line.

In the first instance of the news breaking around Cambridge Analytica’s actions, there was a lot of finger-pointing. The firm – hired by Donald Trump’s campaign team during the run up to the recent presidential election – came under fire after a video was released showing employees discussing how Cambridge had won the election.

Using Facebook’s tools, they were able to target content towards individuals, potentially swaying votes and commanding influence over the election. Post-scandal, Facebook were quick to distance themselves from Cambridge, insisting that they had broken user policies, but this is another learning moment.

When partnering up, referring work, or introducing third party integration, it’s essential for businesses to do their due diligence and monitor the relationship as closely as possible in order to protect the interests of stakeholders, employees and customers. It’s not always easy, but a little bit more effort on Facebook’s part might have helped to distance them from the fallout.

With GDPR only a few weeks away from landing, we can hope for a future where the unwilling harvesting of data by large firms is no longer a reality. In the meantime, businesses must learn from what’s transpired and apply these lessons to safeguard themselves and their customers. After all, Facebook may be too big to fail, but this level of scandal is likely to be less forgiving on smaller businesses.

Keep your customer data safe and secure with Lunar’s bespoke CRM solution, tailored to your needs. To find out more, feel free to explore our website, or get in touch with our team to arrange a free demo.