Introducing LISA: The Ups & Downs of the New Lifetime ISA 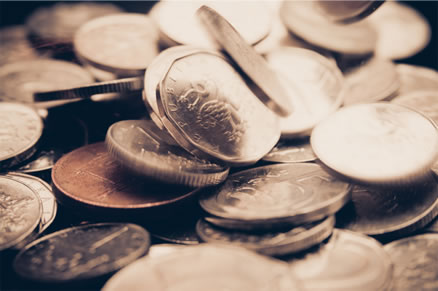 Last week’s Budget announcement – and its subsequent aftermath in the halls of Westminster and beyond – came packed with more than a few surprises, with not all of them being well received. But falling in the camp of public favour was news of the Lifetime ISA for under 40’s. But what exactly is the Lifetime ISA – or LISA, for short – and is it a good thing or not? Team Lunar decided to investigate!

The Lifetime ISA is the latest financial product announced by the government in order to encourage savings. It allows anyone between 18 and 40 to create a nest egg, with contributions matched at 25% by the government until the holder turns 50. The main thinking behind the LISA is that it’ll be used either to buy a first house or as a pensions fund; a penalty for any withdrawals not for a house before their 60th birthday ensures LISA owners stick to these two options.

Individuals who take full advantage of the Lifetime ISA’s bonuses feature look set to save a substantial amount of money over time: the government has pledged to give an extra 25% for any amount up to £4000 deposited within a year – offering people a cool £1000 each year, completely free, up to the age of 50.

How Does This Affect Pensions?

In essence, this is a pensions scheme for young people and those who are self-employed – two camps who look set to potentially miss out on auto-enrolment and other pensions schemes, either because their income isn’t significant enough or because the perception around pensions schemes is that they’re too complex and simply don’t appeal to younger generations.

Some sceptics, however, have noted that the Lifetime ISA could actually be a well-disguised Trojan horse, created for the purpose of slowly dismantling the current pensions tax relief structure. This thinking has come about due to the similarities between LISA and the proposed Pension ISA, as well as the capped nature of an ISA versus pensions, in addition to the fixed tax relief of 20%. The result could be a gradual and low-key rolling out of PISAs over time.

What Are the Other Downsides to LISA?

The Lifetime ISA may sound like a dream come true to some, but as with most financial products, there are pitfalls to be aware of. Because an ISA is a private financial product, employers won’t be able to contribute to the pot – which is good for them in a money saving capacity, but not for employees, for whom it’s considered to be a perk.

Other limitations come in the form of what you can use LISA for. Any amounts taken out before an individual’s 60th birthday are subject to a 5% penalty, plus extra repayment charges and interest – and the 25% bonus is then at stake. As this is a product for those between 18 and 40, many individuals will already be missing out, leaving some in a grey are when it comes to preparing their retirement fund.
Finally, some have made a note of the similarities between LISA and buy-to-let – in particular the possibility of house prices becoming artificially inflated as a result of savings for first time houses. Curbing this and preventing more damage further down the line should be a priority for the government as Lifetime ISAs are rolled out.

But What Are the Positives?

We don’t want to be entirely negative, however – after all, there are lots of positives around the Lifetime ISA! As we mentioned above, self-employed individuals are likely to be attracted to a LISA because auto-enrolment doesn’t apply to them and they have no employer to make contributions on their behalf.

Additionally, young people - some of whom already know the benefits of an ISA - can save for two massive life milestones with more security and in a simple-to-use way. Currently, HM Treasury is also undergoing conversations with the financial industry to evaluate whether or not individuals could take out part of their LISA for other milestones, so the doors opening for young people are growing in number every day.

By picking an already popular financial product, the government may have won half the battle already. Where it leads in the longer term with pensions, however, is yet to be seen – but we’ll be keeping a close eye on things when Lifetime ISAs launch from April next year.

Need more control over your business? Get in touch with Lunar to arrange a free demo of our bespoke, flexible CRM system and get more bang for your buck!