Making a Swift Brexit: How Are Insurance Firms Coping Post-Referendum? 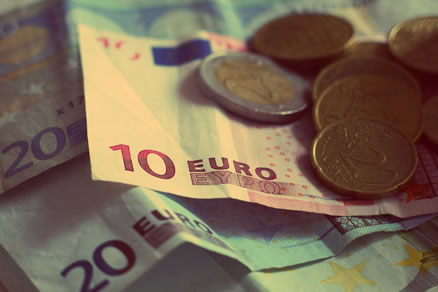 If you had asked at the beginning of the year what impact a ‘Brexit’ vote would have on insurance firms, you would be greeted with horror stories of rising costs, greater EU competition, and sanctions galore. Now that we live in a post-referendum world, we can see that the reality isn’t too varied from the pessimistic vision of the future people had at the beginning of the year – but with a few key differences.

Moving On & Moving Out

Lloyd’s of London’s boss, John Nelson, hit headlines recently when he stated that Brexit would force insurers to leave London, directly affecting the city’s reputation as a global insurance leader. Speaking further from Lloyd’s point of view, Nelson went on to point out that without clarity from the government, Brexit uncertainty would force the market to consider ‘contingency plans’, marking a mass exit from the UK.

This is possible thanks to the amount of capital invested in the UK insurance market from overseas – including Japan, which has made its own list of Brexit negotiation demands. As Nelson pointed out ‘it wouldn’t be Lloyd’s missing out – it would be the UK’.

A Drop in Confidence

Since the morning of the referendum vote, as the value of the pound plummeted, we’ve heard from the media all about the drop in confidence which the decision has brought about. Even now, as the dust settles, this Brexit side effect continues across the board – not just in insurance, but in the likes of construction and technology too.

There’s a very simple reason for this drop in confidence: we don’t currently know what’s going to happen next, which isn’t great for businesses. The process of exiting the EU takes approximately two years, and as Article 50 hasn’t even been triggered yet, this uncertainty could arguably exist for a while longer. As John Nelson highlighted to the press, the government doesn’t have the confidence of insurance firms because their concerns are not yet being highlighted – and this can have a knock on effect throughout the market and beyond to customers alike.

Why Are These Negative Effects Happening?

Apart from the drop in confidence, it’s not immediately obvious where these negative effects re coming from without an insider knowledge of the insurance market. Arguably though, the main reason insurance firms have been hit by such repercussions is because insurers, under EU membership, have access to a single insurance market, spanning 28 countries and half a billion people.

This essentially means that insurers have the ability to conduct cross-border business reaching far more customers than they’d usually be able to, all without paying extra fees or requesting additional permissions – a hugely important aspect of business for the last 43 years.

It’s not all doom and gloom, however. As the decision to leave the EU begins to settle in the public’s mind and confidence is slowly restored, we’re bound to see a resurgence in business. Although there are many more obstacles to now overcome – such as fees and authorisation for cross-border business – insurance firms and organisations across all the affected industries will be able to overcome these challenges. Surpassing cross-border limitations may mean that insurers have to open branches abroad, but this is arguably an opportunity to expand – a possibility thanks to the overseas stakes in the market.

The decision to leave may be final, but what happens to British businesses is still very much in the air – and as such, now is the time to make strategic decisions to secure longevity and ride out the Brexit storm. After all, there’s sure to be blue skies once the storm has passed.

Lunar CRM develop bespoke customer relationship management tools built around your business. Give your organisation the strategic edge – get in touch to book a free demo.