Maturity In The Mortgage Market

Maturity in the Mortgage Market: Are We Seeing a Fairer Property Game at Last? 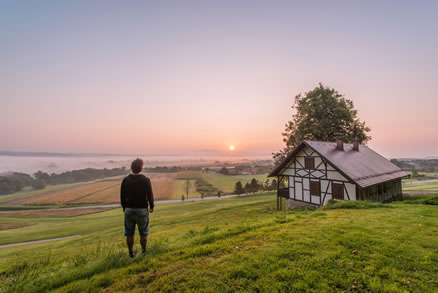 Following the financial crisis that blighted the early years of the twenty-first century, strict rules were put in place to prevent another global meltdown – including the introduction of tougher mortgage checks. These new, more thorough investigations placed a restriction on mature property owners looking to buy, but now the shackles are seemingly being lifted. So is the property market about to become fairer as a result?

Back in 2014, various media outlets reported on the plight of older property buyers – such as those reaching middle aged, as well as individuals over sixty – and highlighted the unfairness in mortgage applications. The main hurdle faced at the time was a crackdown by the biggest lenders, who started to ask older mortgage borrowers to prove their retirement income, even if they had decided to work for longer.

In addition to this extra hoop to jump through, older borrowers were also advised to be in possession of a separate private pension in a move that provides the lender with more security, and any potential buyers with a whole other headache.

But that was two years ago, and times have started to change. As the world settles into a new post-crisis sense of security, one of Britain’s biggest lenders has relaxed their rules. Nationwide recently announced that it’s raising the upper limit for people paying off mortgages to 85, following Halifax’s own recent bump up to 80.

The move – which has been judged controversial by some and risky by others – doesn’t come just as a sign of greater security, but instead in reaction to the rise in house prices we’ve seen recently. As a result of swollen price tags, many individuals are putting off buying property until their 30s and 40s, putting them at risk of falling prey to 2014’s restrictions.

Whereas these new increases should be a relief to campaigners of a fairer market for borrowers of all ages, it doesn’t come without its downsides. Opponents to Nationwide’s move have pointed out that the scales may have tipped in an entirely unfair direction once again. Tom McPhail, Hargreaves Lansdown’s head of pensions research, asked why borrowers should pay off the mortgage at all – with reference to the fact that, unfortunately, some borrowers may die before they’ve finished paying.

In response to its own age limit increase, however, Halifax argued that people are living longer than ever; in addition, a recent survey conducted by the lender also suggested that a third of 20-45 year olds anticipated working past retirement age in order to pay off their mortgages.

At the moment, Halifax and Nationwide have no competition from other lenders, with the age limit usually peaking at 75. However, it may not be long before others follow suit and offer their customers more flexibility and fairness in acquiring a mortgage. Whether or not this ends up redefining the mortgage market - as some have suggested - is a whole other question. and one we’ll have to wait to find the answer to. What we can conclude though, is that mature mortgage borrowers are finally starting to see the post-crisis freedom they’ve thoroughly earned.

In need of a flexible, bespoke CRM solution tailored to your mortgage brokering business? Adapt with the times with Lunar CRM – simply get in touch to arrange your free demo!