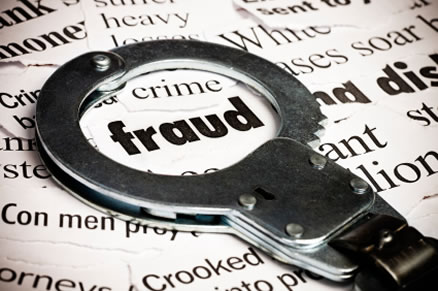 Since its inception early last year, the Insurance Fraud Taskforce has been busy conducting valuable research and creating ground-breaking dialogue in an effort to make the insurance sector work for consumers. Twelve months later, and the IFT have presented their final report, which includes a list of recommendations on how the sector can tackle insurance fraud together – but is it enough?

What is the IFT?

The Insurance Fraud Taskforce was created in January 2015 in order to investigate causes of fraudulent behaviour and recommend solutions to reduce the level of insurance fraud firms are faced with. Ultimately, their aim is to make a system that’s far fairer for consumers and protects the interests of insurance firms. The taskforce is comprised of representatives from various regulatory bodies, such as the Association of British Insurers, Citizens Advice, and the Financial Ombudsman Service.

How Big of an Issue is Insurance Fraud?

Insurance fraud – starting with small infractions such as maximise claims, all the way up to heftier examples like entirely fictional claims – is without a doubt a widespread issue. In 2014 alone, insurance firms uncovered 130,000 fraudulent claims worth about £1.2billion – so it’s understandable why they invest on average £200million in identifying fraud every year. But it’s not just the insurance firms who are suffering: fraud adds, on average, an extra £50 to the annual insurance bill for each and every UK policyholder. Put curtly, other people are paying for someone else’s crimes.

What Are the IFT’s Recommendations?

After a year of researching the issue and leading discussions on various areas, the IFT have released their final report with recommendations for how the industry, as a whole, needs to move forward in order to tackle the issue.  The list of recommendations covers several areas of the IFT’s investigation, and suggests measures such as clearer communication with consumers, a cross-industry communications strategy tackling anti-fraud messaging, and improvements to the data retained and shared by insurance firms on fraud databases. Unfortunately, there are too many for us to list here, but if it’s of interest to you, we’d recommend reading the Final Report in its entirety online.

How Can They Help?

If implemented properly and taken seriously by insurance firms, the recommendations could help to bring about tougher repercussions for insurance fraud, as well as opening up a more transparent dialogue with consumers. Additionally, by sharing better quality data between one another, insurance firms will be better placed to tackle repeat offenders and can strike pre-emptively against behaviour matching known fraud cases. All in all, the recommendations layout a sensible framework and all it takes is the insurance industry to work together to make the strategy a success.

So Is This the End of Insurance Fraud?

Unfortunately, no, not yet – the recommendations come as part of a much longer term strategy, and this is better perceived as the first steps towards making that happen. The recommendations made recently are likely to be reviewed in due time, with more up to date suggestions to come as the issue develops, but this is a positive first step in what could make the insurance industry far more secure for consumers and insurance firms.

Are you an insurance firm looking to give your team the edge over competitiors - get in touch to find out more about our bespoke CRM solution, featuring total industry compliance and much more!