Peeping Premiums: Is Snooping Tech the Future of Fairer Insurance? 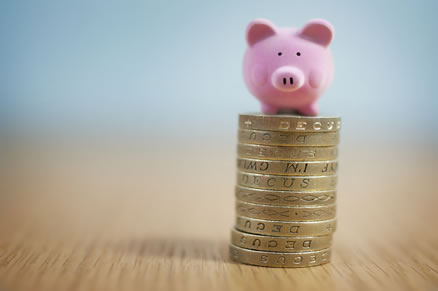 It goes without saying that advances in technology have benefited just about every industry there is – and now it looks like it’s the turn of insurance to undergo a technological revolution. Thanks to the introduction of wearable tech that monitors customers and better social media communications, firms are able to create a truly reactive service for their target markets. It sounds like a match made in heaven – and from what we’ve heard, it actually might be.

Putting Customers in the Driving Seat

The cornerstone of any insurance policy is the risk associated with a customer to an insurance firm. For motorists, this has often been a point of contention as younger drivers – no matter how proficient they may be – are quoted much higher than seasoned drivers, who could be even more reckless than their youthful counterparts.

Telematics is a way to filter out fact from fiction, and is arguably where the notion of monitoring customer behaviour to adapt insurance policies began. With a popularity that’s grown by more than 39% in the last year, policies influenced by telematics look set to become the norm in the near future. Taking advantage of ‘black box’ technology, companies can evaluate the driving habits of their customers to identify the real risks in their midst, adjusting the policy as necessary.

Fingers on the Pulse

But it doesn’t stop at monitoring customer’s driving. With the advent of wearable tech for the health-inclined – such as Nike+ and FitBit – a tactical advantage has been gained by health and life insurance companies. Vitality is one such firm, using wearable tech to make their customers actively aware of how they’re helping or hindering their wellbeing. With extra prizes on offer, like cinema tickets and gym memberships, and possible savings of hundreds of pounds, incentives are aplenty.

With all this data being collected, questions have already been raised about how firms are using these insights. In recent months, Vitality itself has come under fire after it was found to be promoting an app owned by Facebook as part of its grand design for a healthier customer base, with the social media giant getting a healthy chunk of information in the deal.

On the topic of social media, insurance companies aren’t stopping at physical technology. Social media offers firms an uncompromising look at their customers’ lives – revealing any behaviour which may affect how much they’re paying for their insurance. Last year, it was revealed that many insurance firms have been undertaking the practice, but the results were hardly anything to frown about.

For one thing, everyone is aware that anything made available publicly on social media is fair game, and so the insurance companies aren’t really doing anything wrong in that respect – much the same as how employers are within their right to see what prospective employees up to before offering them a job. And then there’s the benefit: many customers were found to have had their premiums lowered as a result of social media monitoring, so it’s unlikely those individuals will complain!

Overall, no matter how Orwellian it may sound to allow insurance companies to snoop in order to get a better deal, it’s not without its advantages. Rather than being generalised with a generation, drivers are given the benefit of the doubt and their driving can speak for itself; those who are trying to be healthy and do something about their fitness levels are given fantastic motivation and incentives; and all in all, the playing field is levelled out among customers. Arguably, the embracing of technology for insurance purposes is also a great opportunity to stem the tide of fraud, with measurable data providing salvation or damnation for the accused.

We’re looking forward to seeing where technology will take insurance firms in the future! In the meantime, why not see how a bespoke CRM can help your company from behind the scenes? Simply get in touch to arrange a free demo now!