Thoughts: Could Pensions be the Next Big Mis-selling Scandal? 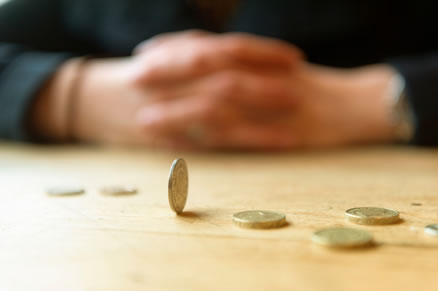 Since the 2008 recession, consumer faith in financial institutions has undoubtedly dropped – the decline in consumer loyalty certainly hasn’t been helped by scandal after scandal, including bankers’ bonuses, fraud and product mis-selling. It’s the latter, however, that has arguably had the largest impact on consumers, and it seems that it’s the turn of those saving for their pensions to be on the receiving end of a scandal.

In recent months, rules around pensions have been relaxed in order to allow individuals more control over their retirement funds. Now, people over 55 can decide whether they want to take the money out in one instalment, or to spread it out across their later years. This reformed ‘retirement pot’ also includes an initial 25% tax-free amount, with only the remainder being subject to taxation. Although this grants a lot of freedom and opportunities to those who have worked hard to save for later life, it has also opened the system up to a potentially fatal amount of mis-selling.

The Commons work and pensions committee have advised the government that huge gaps are present in the clarity being offered to consumers, with little advice available and guidelines murky at best. Mis-selling comes about when financial institutions offer individuals products and services that they don’t fully understand, and can lead to massive charges, debt and financial ruin later down the line, all whilst banks and pensions providers profit from the misunderstanding. This lack of understanding can, however, be negated with proper information and guidance.

In response to the committee’s findings, eyes have turned to Pension Wise – the static website that serves as the main guidance channel for consumers – and the weaknesses found within. Despite being the go-to site for pension advice, there is reportedly a lack of clear information available, and the committee has urgently called for a calculator to be added so that consumers can, at the very least, work out their income.

Is it Already too Late?

Sadly, despite the committee’s speedy report there are undoubtedly scammers and financial institutions making the most of their customers’ confusion, with pensions already being sold on the basis of a misunderstanding. The only real hope for consumers is for claims companies to be ready to pick up the pieces and help them to retrieve compensation and undo the pension purchase. How complicated this will turn out to be is yet to be seen, but with early preparation, at least consumers will have somewhere to turn to when those who should know better have let them down.

Do you have anything to add to the discussion? Tweet us with using #Pensions and make your thoughts known.

Are you using a bespoke CRM to keep a handle on your customers and their needs? Manage claims, keep in touch with consumers and measure success all from a single solution! Simply get in touch for your free Lunar demo.