Is RegTech About to Take FinTech’s Spotlight? 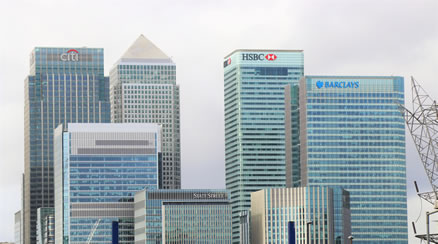 Regulation Technology – or RegTech as it’s come to be known among its proponents – is quickly gaining in popularity among start-ups and financial institutions alike. Now, with its cousin, FinTech, earning a place in the mainstream, is RegTech preparing to claim the spotlight?

Following the 2008 financial crisis, banks and financial services firms have been held accountable to more stringent regulations. These regulations – which include performing more in-depth checks on customers and keeping up with anti-money laundering practices – keep organisations compliant and help to prevent history from repeating itself.

RegTech, then, is the application of technology to these regulations in order to automate, streamline or simply keep abreast of different compliance regulations. For example, there are start-ups which allow banks to conduct more rigorous ID checks on customers using aggregated data, machine learning and access to public databases.

How Will RegTech Change the Sector?

Although the idea of a piece of software managing a workflow – for example – may not seem so extraordinary in today’s world, RegTech start-ups are providing the sector with much-coveted agility. This is key to its success.

Keeping up to date with compliance procedures and regulations can be a time-consuming practice, and there’s a real need for processes to be streamlined. With more agile practices in place, financial institutions can stay compliant and continue to grow and serve their customers.

What’s more, RegTech gives the sector the opportunity to fix its relationship with the public. By using RegTech to ensure compliance and free up workflows, financial institutions can focus on customer-centric practices and rebuilding some of the trust lost by 2008’s banking crisis.

Is RegTech the New FinTech?

As RegTech takes more of the spotlight and media commentary for itself, professionals are starting to ask whether or not RegTech is the ‘new’ FinTech. The answer is no.

RegTech started as a subset of FinTech, meaning the pair are not mutually exclusive to one another, and rather could be considered exciting partners, covering different areas of the same sector.

If RegTech will reach the same heady heights as FinTech, however, is a different question altogether. Because of RegTech’s focus on serving financial institutions rather than customers, it’s likely the technology won’t become as well-known as FinTech innovations outside of financial circles.

But whether or not RegTech takes FinTech’s place in the spotlight, one thing is very clear: RegTech has a bright and innovative future ahead of itself.

Much like RegTech, Lunar’s bespoke CRM tool keeps clients compliant and agile, with a system built around their needs. To arrange a free demo, or to find out more, simply get in touch.