Thoughts: For & Against the FCA’s Investigation into ‘Snooping’ Insurers 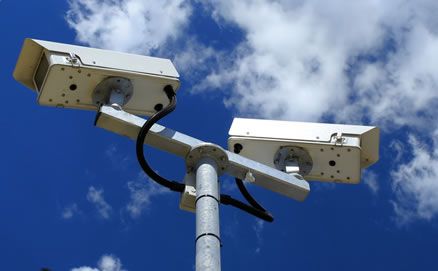 Yesterday, it was announced that the FCA would be launching an investigation into UK insurance firms, to determine whether or not these companies are crossing lines in how they research their customers. At a time when privacy and security are precious and prone to violation, it’s obviously a hot topic – but that won’t put the Lunar team off from exploring the issue!

Some insurance companies are being accused of adjusting customers’ premiums after ‘snooping’ on their personal data – including internet browsing history and social media posts. This has been noted by the FCA as being potentially excessive lengths to go to in order to obtain private information, hence the investigation. The FCA will collect data between now and January 8th 2016, when they will reach a decision on what action is to be taken next.

Why it’s Not a Bad Thing

Reading the above may have set alarm bells ringing – especially when the words ‘internet browsing history’ are in a sentence associated with snooping – but there may be less reason to panic than people think.

For a start, social media posts have to be public for insurance companies to view them, and it’s up to customers to decide what they’re posting for the world to see. This is similar to how an employer might check a prospective employee’s Facebook account to make sure they’re hiring the person that will best fit the company’s culture.

Secondly, the FCA themselves have stated that it might not necessarily be ‘all bad news’ for customers. Why, you ask? Well, when you think of insurance companies viewing customer data to adjust premiums, the first thought is that the skiing trip they went on six months ago might make their life insurance skyrocket. On the contrary: there may be instances where the data insurance companies have collected has resulted in a much lower premium (hence the FCA’s reassuring words).

…And Why it is

Going back to internet browsing history, there’s the issue of privacy and interpretation to factor in to the argument.

Although the government might soon be able to see more detailed browsing history for national security, it seems ever so slightly disturbing to customers that a large company can see what websites they’ve accessed. Unfortunately, we live in a world where privacy isn’t quite as sacred as it used to be, and this is bound to make the public more defensive of their data.

The issue of interpretation means that in the worst case scenario, website visitations may be misinterpreted by firms – there’s a chance that whoever they’re researching shares a computer, or websites they visit are for research purposes or for their job. This could lead to unfair premium hikes based on first impressions, but to counter this issue would require far more work and psychological understanding than any insurance firm can afford to employ.

So What’s the Conclusion?

Although the FCA seems reassuringly calm about the whole investigation, there’s obviously still going to be some anxiety from customers. Whereas it’s understandable why insurance companies would turn to personal online data to help tailor their service, there are still lines that shouldn’t be crossed. Once the FCA has finished its investigation in January, we’ll be better placed to understand the problem and judge the outcome, but until then, perhaps people should hold back on publicly posting any dangerous stunts on Facebook…

Are you looking for the bespoke CRM tool that’s going to take your insurance firm to the next level? Get in touch with Lunar and ask for a free demo!