Staying or Going: What Might a 'Brexit' from the EU Mean for the Economy? 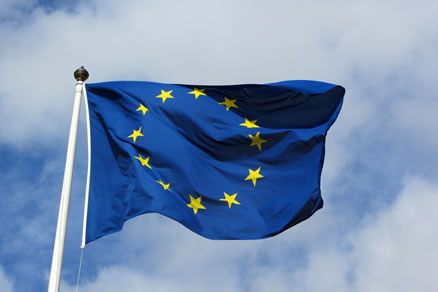 You only have to pick up a newspaper, turn on the news, or open up your internet browser to be immediately inundated with the latest in the impending European Union referendum. The vote – scheduled for 23rd June 2016 – will give everyone a chance to decide whether they want the UK to stay in the EU or leave.

Prime Minister David Cameron has announced a deal of economic reforms to encourage voters to remain in the EU, but if a so-called ‘Brexit’ happens, what can we expect to happen to our economy? We’ve picked up on the latest economy-centric debates for your reading pleasure – though remember, this is purely to inform and not to sway your votes (we don’t like to get our hands into politics!)

Employment Will Be Affected

One of the most prevalent warnings heard over social media and news sites as of late is the impending effect a Brexit will have on the UK job market. A letter signed by a third of the UK’s FTSE100 alleges that employment will be affected because the UK’s largest firms need unfettered access to the 500 million-strong European market to survive.

On the other side of the argument, of course, is the point that this instead forces firms to look to local workforces instead. Although this narrows the skills and experience available, it still doesn’t guarantee a huge collapse in employment.

Another argument put forward by the FTSE100 signatories is the fall in investment that could come about as a result of the UK’s exit from the EU. As we would be seen to be distancing ourselves from our continental cousins, this could potentially make us a higher financial risk for investors, and could make foreign interest dwindle. But again, this isn’t guaranteed – the Northern Powerhouse initiative has gained investment from China, for example, proving that not all investment opportunities come from the European community.

The Pound Will Weaken

Just a few days after the Prime Minister announced the referendum date, the pound dropped to its lowest rate against the dollar in seven years. It did, however, recover somewhat by closing and this is to be expected as a reaction to shocking political news. On the other hand, fears of a Brexit have already caused the pound to drop in value during the first two months of 2016, and analysts have suggested that fears over the exit are likely to direct sentiment until the vote arrives.

More Money in the Pot

Common sense dictates that by leaving the EU, we’ll have a few million pounds spare every day – potentially enough to end poverty or give backing to major public projects. In reality, however, this comes down to how the government chooses to use the money, and is to be weighed up against what we lose by not being in the EU – such as use of an emergency recovery fund or grants to support the vulnerable.

So Which Way Should We Vote?

That’s not up for Team Lunar to say! The final decision rests in the hands of every voter in the country – and for that reason, it’s important to get engaged and have your say. Will it make us stronger or will it weaken us? No one will know until the vote has been and gone, and all of these theories and debates are speculation until that happens. Whichever way you to decide to vote, the signatories of the FTSE100 letter summed it up quite well: although the UK’s economy would be at risk, it’s still a ‘significant’ market – so we may just be OK either way.

Improve workflow, harmonise your team and give your customers an amazing experience. How? With a bespoke CRM from Team Lunar! Get in touch now to organise your free demo.