Systems Gone Wrong: What Can Businesses Learn from the Recent TSB Crisis? 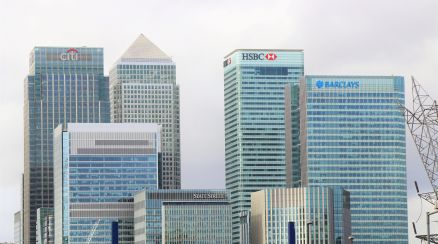 In recent weeks, the front pages have been splashed with yet another high-profile IT disaster, taking the spotlight away from the embattled Facebook to focus on TSB’s own crisis instead. The bank’s attempted database migration saw customers reportedly unable to access online banking, whilst those who could saw other customers’ data and even had mortgages and savings wiped out.

But despite the difficulty TSB’s migration caused and all the chaos it’s brought upon businesses and their employees, there is some good news: as with every data breach to hit the headlines, there are a few lessons businesses can learn from TSB’s mistakes.

On April 22nd, TSB re-activated its online banking after 50 hours’ downtime, during which they had been migrating customer data from a cloned Lloyds database to a system first developed by their new parent company in 2000. In theory, the move should have been an easy one: the bank has a manageable number of customers following its split from Lloyds, and the database chosen was supposedly capable of handling this information transfer.

The reality didn’t quite match the expectation, however. Instead, customers had difficulty logging in, couldn’t access their money and found that even small transactions had sent some wildly into the red.

The situation was made worse by two factors: firstly, the firm released an article praising the completion of the work (which was quickly taken down following customer backlash), and secondly, TSB had chosen a few days before payday to move the data – meaning that any fault was destined to interrupt people receiving their money on time, leading to late bill payments, racked up debt, and employers struggling to pay wage bills.

Although a frustrating scenario for all involved – including TSB’s branch staff who had to deal with the ire of customers – there are some key lessons we can take away from the situation and how TSB handled it.

Firstly, and a very important lesson overall, is that timing really is everything. If customers are unable to access your services or their data during a migration or update, pick a low-impact time that will keep your business running smoothly and keep customers happy. In the case of TSB – a big operation which required hours of downtime – moving the date further from payday would’ve saved both the bank and their customers a large headache.

If you’re moving over to a new system, make sure you understand what it’s capable of and whether or not it meets your needs. Cybersecurity experts, including Shujun Li – a professor within the University of Kent’s computing school – pointed to a lack of system testing on TSB’s part for an explanation as to why the crisis unfolded in the first place. Even smaller businesses should take note of this before they invest in a system, or opt for a bespoke CRM solution to guarantee that the system is built specifically for their needs.

3. Keep Customers in the Loop

One of the most frustrating aspects of this saga has been the lack of communication from the bank to its customers. Many on Twitter are venting their ire, with some taking it out on branch staff with no say over what happens higher up within the company. If your business is hit with an IT crisis, it pays to keep an open channel of communication between yourself and the customers, offering updates and reassurances that will keep them with you once the crisis has passed.

“Fail to prepare, prepare to fail” as the old saying goes. All of the above lessons can be tied together nicely through planning a migration or new system adoption properly. TSB’s data migration was already woefully behind schedule, and just a little bit more planning could have saved the bank the trouble of what is likely going to be a difficulty short-term future. Although their old database – cloned from Lloyd’s following their split – was costing them money, the potential fines for putting customers’ money out of their reach for so long will surely provide more of a sting.

In short, if you’re thinking of changing your system or moving your customer data over to a new one, do yourself a favour: plan carefully beforehand and make sure to learn a lesson or two from those that went before you (namely TSB) – you’ll thank them later!

Lunar CRM provides bespoke CRM solutions for businesses in varying industries. To find out more about how our software can make you more efficient, keep your data safe and save you money, get in touch and arrange a free demo!