That’s Your Cue: How Automation Can Revolutionise Customer Relationship Management 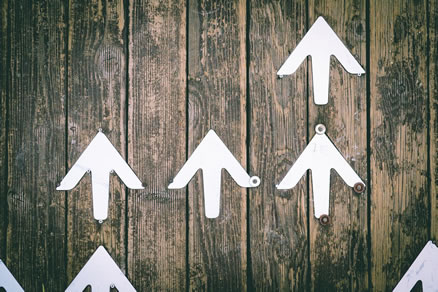 As 2016 has progressed, and our obsession with AI continues, it’s become harder and harder to ignore the tidal wave of interest which automation has enjoyed across every industry. No longer is automation exclusive to areas such as manufacturing or simple data entry tasks either: businesses are harnessing the power of automation to clean up processes, increase productivity, and – perhaps most interestingly of all – to improve relationships with customers.

It’s this latter function for automation which has garnered its fair share of critics and supporters – after all, how can technology (which has been shown to put some distance between us) bring people closer together?

For some, the idea of automation being used to improve human relationships can be a difficult pill to swallow. “How”, they might argue, “can getting a computer to automatically run processes help customers to feel more nurtured?”

The answer is remarkably simple, and yet is giving businesses a whole new competitive edge. Introducing automation into the business allows for smaller, time-consuming tasks to be taken care of without the need for much human moderation, empowering employees to build more genuine and longer lasting relationships with customers. So although a system is taking care of the nitty gritty, the customer’s experience tells them that the business is very much human-centric.

When considering this advantage, it becomes clear that the argument of automation vs human brands really isn’t as black and white as critics would have you believe.

So, What Can Be Automated in Customer Services?

Here’s the really cool bit: with the right system and an open mind, just about anything can be automated. Obviously, thought, it’s clearly more advantageous to focus on having a system tackle the smaller tasks first, as they require less human oversight.

For customer service teams, these tasks can potentially include automating on-boarding emails, scheduling text message reminders, or having documents sent out at specific stages of the customer’s journey. The latter example comes from building specific triggers which tell the system that the time has come for a customer to receive, for example, a bill or a contract update.

These tasks are all stages in the customer journey which can take up a lot of time if done manually, or using an older, more dated system. With a bespoke solution, however, they’re very much possible.

All this being said, automation doesn’t come without its potential pitfalls. Sometimes, businesses rely too heavily on automation – leaving employees with little to do, customers feeling undervalued, and errors from trying to automate tasks which require human input.

To avoid these pitfalls, implement automation with a plan and a motive in mind – whether it’s allowing employees to pick up the phone and talk to customers more, or simply freeing up your team’s time so they can better serve customers. If the plan is simply to introduce automation for the sake of it, then you’ll find yourself stumbling further down the line.

Introducing a bespoke CRM is the first step to injecting automation into your customer relationships. To find out more – or to arrange a free demo – simply get in touch!