Why Claims Are Rejected

In The News: Insurance Firms Release Data Detailing Why Claims Are Rejected 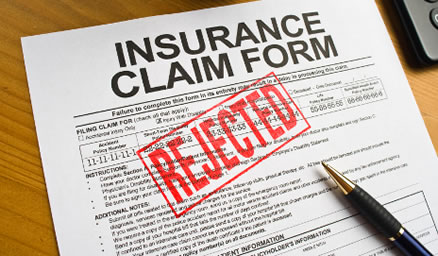 It’s fair to say that insurance firms have dominated the spotlight over the last few months, with homeowners still reeling from recent floods and news that the IFT’s final report has been released – and it doesn’t look like they’ll be out of the headlines anytime soon!

This week, the Association of British Insurers (ABI) released – for the first time ever – statistics detailing the number of rejected home, car and travel insurance claims between 2013 and 2014, as well as the most common reasons for claims being rejected. This week, we’re taking a closer look at what this all means, and examining the common reasons for reject claims – and why this was an important move to make.

How Likely is a Rejection?

The question on everybody’s lips as soon as the information was revealed was ‘how likely is a rejection?’ As anyone who has made a claim before knows, a happy ending isn’t always assured as there’s much more to take into consideration than some may think. But before consumers begin to panic, it’s important to point out that rejections are still in the minority. The data release by the ABI, for example, shows that 87% of claims made on travel insurance were successful, whilst 99% of car insurance claims paid out. Not faring quite so well, however, were the home insurance customers. Just 79% of claims were successful – relative to the number of claims made, this means customers were 21 times more likely to be rejected for a home insurance claim. But this figure has the potential to change – especially if homeowners understand why their claims are being turned down.

Why Were Claims Rejected?

Perhaps the most interesting aspect of the released data – and definitely the most useful to consumers – involves insurance firms’ reasoning behind their rejections. Some are common sense, such as drunk driving or not locking the car door ruining any chance of a claim.

For travel insurance customers, the data indicates that journeys cancelled too late and medical conditions not being brought to the insurer’s attention beforehand contributed heavily to rejections – information that the consumer can take away for the future and keep in mind.

Once again, though, it was home insurance customers who had a tougher time. Their claims were generally rejected due to their homes not being kept in good shape, voiding any claim. Similarly, modifications and maintenance made to some properties were not reported to insurers, complicating the claim process.

Why is it an Important Move?

Revealing this information was a daring, yet strategic, move by the ABI – and one that is sure to pay off. With bad press for being ‘too harsh’ and pressure mounting over flood claims, it’s not been an easy ride for insurance companies. With this in mind, it’s become an important point to win back consumer trust once again.

This act of transparency definitely has the potential to encourage renewed loyalty from the public, and demonstrates that it’s not all doom and gloom for people making claims or who are unsure of whether they can claim or not.

In addition, by allowing consumers to know the reasoning behind their decisions, insurance firms are educating the public on the process, relieving the pressure on firms and providing guidance to their customers.

Overall, it’s a bold move and one that deserves some commendation – whether or not it helps to successfully patch up the relationship between consumers and insurance firms in the long run, however, is yet to be seen, but this is definitely a good first step towards building bridges.

Whether you’re an insurance firm, a pensions expert or a courier, we’ve got a bespoke CRM solution for you! Get in touch now to find out more about our free demo!