On The Same Team

On the Same Team: Why Automation Isn’t the Bad Guy 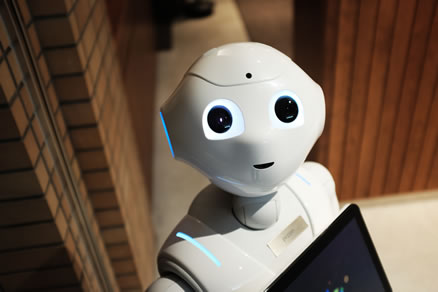 Automation is nothing new – we’ve seen machines replicate and replace human roles on a large scale since the Industrial Revolution. It’s also an aspect of business which is certainly gaining a lot of attention at the moment, finding its way into businesses of all shapes and sizes, as well as financial institutions and governmental services.

But along with the progress, there has been much doubt around automation, as well as fear around what it might mean for Britain’s workforce. Is there really anything to worry about?

What is Automation in the 21st Century?

Although machines have been streamlining manufacturing for over a century now, the automation we mostly talk about in today’s world revolves around the processes found within organisations. These could be small administrative tasks, such as emailing customers with specific details and chasing up payments, or more complex functions, built around several processes tied together to ensure financial compliance, or to digest the data of hundreds of customers all at once.

For data analysts and individuals who currently undertake these roles, the new automation systems – often built around AI, machine learning and big data – are considered a threat to their livelihoods, especially as businesses struggle to make ends meet.

The Benefits of Automation

It’s this economic pressure which highlights how useful automation is to businesses in the 21st century. Rather than pay the salaries, benefits, pensions and PAYE for several data processors, employers can implement automated systems at a fraction of the cost, and at a much shorter-term.

What’s more, the time freed up by employees as a result of automation can be reinvested into developing new services, enhancing the brand’s presence, or even improving upon client relationships. Lunar’s bespoke CRM solution, for example, gives our clients the necessary time to complete these additional tasks, as everything else is taken care of by the system; the ROI is almost instant.

Do We Have Anything to Be Afraid Of?

With so many benefits for business owners to revel in, it does seem that automation should be a concern. In reality, a little bit of digging will reveal that there’s much more to the story than that.

Due to employment law, teams can’t simply be laid off by implementing a machine. Instead, firms which are already employing automation within their systems have offered some employees the opportunity to stay on and oversee any possible errors and maintain systems, while others are being placed elsewhere within the organisation. This way, the company benefits from increased productivity and lower prices, and the employees gain additional training and opportunities away from performing tedious data-centric tasks.

As automation becomes more integral to modern businesses – from bespoke CRM systems to start-up innovations – it’s important to note that there will always be jobs for humans. Just as Henry Ford’s automobile factories opened the workforce up to a host of new skills, automated systems will likely do the same, allowing individuals to transform their specialities.

Although we have a good idea of where automation is heading – especially with the advances made in AI recently – we still don’t know for sure what the workforce of the future will look like. What we can be sure of, however, is that there will definitely be a place for humans.

Lunar CRM create bespoke CRM solutions to help businesses streamline their business processes and get a better handle on their progress. If you’d like to try a free demo of our bespoke CRM, get in touch with our team, who will be happy to arrange one!