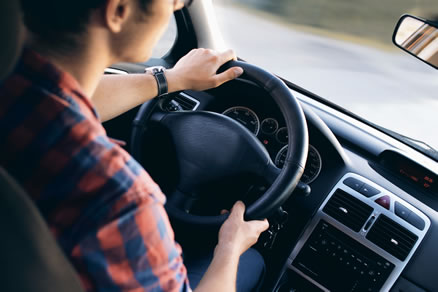 Like it or not, we’ll be seeing autonomous vehicles ruling UK roads by 2021 – an exciting prospect for anybody who spent their childhood dreaming of the futuristic highways of tomorrow.

There is, however, a small problem which still needs to be addressed: if there’s an accident with an autonomous driver, then who is to blame? It’s a question which has seen insurers pile the pressure onto the government for a clear answer, but we might not be getting is as soon as we’d like.

Already, insurers have been hard at work preparing themselves for the inevitable disruption self-driving cars will bring to the sector. However, despite the ability to affect their own policies and collaborate as an industry to share insights, insurers are still at the mercy of the law when it comes to blame.

Although it may seem cut-and-dry in terms of drivers not being to blame – after all, the vehicles can drive themselves – there’s actually a lot of confusion around the situation. That’s because during the transition period for this technology, drivers will still remain legally in charge of a vehicle, even when it’s in autopilot. This confusion can lead to drivers not being properly covered – hence why insurers are keen to iron out the kinks early on.

The transition period throws up another conundrum for insurers: as the earliest autonomous vehicles are still only assisting a driver, what if they become complacent and rely too much on the vehicle’s technology? At this early stage, it’s important for drivers to remain in control, keeping their hands on the wheel and remaining alert event when the autopilot feature is on. But the temptation to put too much faith in autopilot can be overwhelming to some, muddying the water for insurance claims.

In order to curb this, insurers have demanded that manufacturers present clear specifications of what their vehicles can do – which has been compiled into the 10-point Thatcham checklist. Although not a solution to the entire problem, this does help to shed some light on the grey areas facing insurers in the early days.

Speeding the Process Up

Despite criticism, the government has made some progress. Plans have been drawn up to introduce a new insurance framework, and the government has ruled that future policies must cover injuries inflicted on all involved parties. But despite this progress, there’s still the gaping hole around blame left troubling insurers, with many critics urging the government to speed up work on this new framework.

Adding to the pressure is Audi’s latest release, the semi-autonomous A8. The vehicle is classed as having ‘level 3’ autonomy, whereby drivers must take over in certain circumstances – which is a risk that’s too great to ignore so early on. With the A8 set to appear on roads next year, all parties are feeling the strain.

Although the idea of UK roads playing host to self-driving cars sounds like a science fiction dream, it’s important to remain grounded in reality during this transition period: and that means cementing the framework around insurance and accident blame, long before real-world examples occur. With clarification provided by the government, maybe then we can all start to get excited about the future of transport.

The Lunar bespoke CRM solution has found a home with a number of insurance industry clients, helping them to adapt with the times and remain compliant as they grow. To find out more about how Lunar CRM can help your business to thrive, feel free to explore our website or get in touch to arrange a free demo.