Rise of the Machines

Rise of the Machines: Are Self-Driving Cars Set to Disrupt the Motor Insurance Industry? 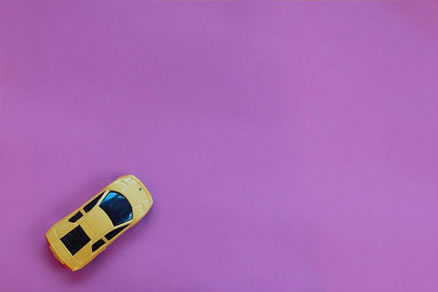 Recently, we spoke about how the advent of new technology could improve insurance policies; the likes of black boxes, assistive brake controls, and social media investigations are already significantly lowering premiums for a number of policy holders across the land. But what of the other side of the coin, where tech is actually set to disrupt the balance? With new emerging technologies on the horizon insurance firms may have a fight on their hands after all – and there’s one area in particular which needs to be addressed.

Perhaps the biggest threat to motor insurance is something that’s still about a decade away from coming completely true, but is already making its presence felt. Yes, the future imaginings of many kids in the 1950s may just prove problematic after all: self-driving cars.

Already we’re being promised that autonomous cars will be on UK roads by 2018 – although they won’t be fully self-driving, they’re a massive step forward in new technology. Your immediate thoughts may jump to how great it would be to be driven everywhere by your own car, but consider first the issues it raises in a world where insurance is a day-to-day necessity.

The obvious issue which self-driving cars present is accidents – namely determining who is at fault if something happens. The list of suspects is extensive to say the least: the manufacturer, software provider, driver, or even the local authority could be blamed. The insurance and motor industries, as well as the government, need to decide the finer details of assigning responsibility before the first autonomous tyres even hit the pavement.

Even more problematic – and yet still a huge positive – is the fact that accidents will actually plummet without human beings behind the wheels. Yes, we all think we’re great drivers, but can we really compete with computers in cutting the risk of serious injury on the roads?

As insurance is based on perceived risk to policy holders, this drop in accidents could fundamentally undermine the UK’s £14.2 billion industry. Car manufacturer Volvo has already made a pledge that by 2020 no one will be ‘killed or seriously injured by a new Volvo’ – a bold claim, but one which the insurance industry needs to take note of.

Perhaps one of the smartest moves motor insurance firms could consider is to focus on protecting drivers against other threats. Thefts, for example, will still happen regardless of the security measures in place, and as with all new technology, the idea of an autonomous car in the latest model is an attractive prospect to thieves.

There are also more evolved threats to consider as well, such as computer viruses and software malfunction. If something were to happen to put the car’s integrity at risk, the driver could find themselves in a very precarious position, so it’s best to have that protection in place.

Whatever the insurance industry decides, it’s important to start thinking about these outcomes now – driverless cars are appearing in a matter of years, and the upheaval they could bring with them may just be enough to unseat it as a hugely powerful industry.

Adapt for anything by making full use of a bespoke Lunar CRM solution, tailored to your firm and its policyholders’ needs. For a free demo, simply get in touch and we’d be happy to help!