Changing The Game: How AI Could Revolutionise Insurance Technology 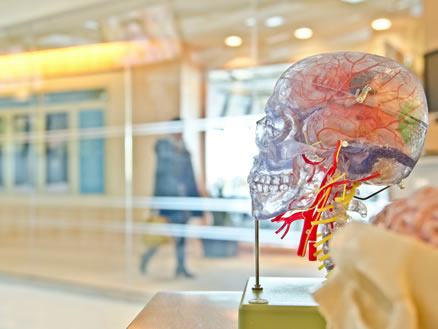 Last year, we blogged about the technology causing disruptions in insurance, such as self-driving cars and app-based policies. A year on, and the chatter around InsurTech disruption has reached new levels as Artificial Intelligence comes into play in the industry. But how could AI revolutionise how insurance works?

Perhaps one of the greatest areas in need of improvement within insurance is the lack of trust young people have in the industry. In response to this, InsurTech start-up Lemonade has combined behavioural science with Artificial Intelligence.

The result is a system which prides itself on transparency and on creating more streamlined processes. Instead of long waiting times, claims can be approved in minutes, rather than days, and customers know exactly what’s happening and how much claiming will cost.

In terms of AI’s application in the app, Lemonade is still in the early stages – though still well ahead of the competition. Last year, five of the six claims submitted needed human intervention, but one was solely handled by an AI chatbot. This provides hope that processes such as fraud mitigation and making payments could one day be entirely automated, freeing up roles within the industry.

Selling with a Selfie

The idea of being replaced by a machine, however, is one that not too many people are happy with. Arguably, further roles for humans will be developed in line with AI developments, and there’s also a strong case for some roles being passed to machines.

For example, when it comes to selling life insurance, it can be a difficult and time-consuming process to assess an individual’s health. This is where the team at US start-up Lapetus have seen an opportunity for change. Lapetus has created a tool which sees a customer’s selfies analysed by an AI system. The AI can determine sex, rate of ageing, BMI, whether or not they smoke and much more, all from a single set of selfies.

This enhanced information can be gleamed at a much faster rate than the traditional route, and removes a barrier to customers signing up with insurers - the effort on their part is minimal, and after all, who doesn’t like taking a selfie?

A Focus on Customer Relationships

As has happened throughout history whenever automation has made an appearance, there is concern from some within the insurance industry that people will be pushed out of jobs. The reality, however, is that by automating areas such as claim handling and fraud checks with AI, insurers are opening up new avenues.

One of the greatest of these avenues is the possibility of improving customer relationships. Having built bespoke CRM tools which automate processes and free up time for our clients, the Lunar Team have become well-versed in acknowledging the benefits of automation. By moving time-consuming and tedious tasks over to smart AI systems, insurers can focus instead on directly addressing customer needs and building much stronger loyalty.

Furthermore, using machine learning, AI can measure unusual patterns and detect fraud, tightening security within the industry and saving insurers billions in false claims – all at a much faster rate than a human. It’s fair to say, then, that AI is nothing for insurers to fear.

Despite these mounting fears and the disruptors in the industry, it’s important to remember that Artificial Intelligence is still only starting out within insurance. Yes, there’s potential for AI to change the way fraud is managed, claims are handled and risks are assessed, but the industry is only now starting out exploring that potential. In the meantime, we can’t wait to see how AI evolves from here!

Not quite ready for AI, but still looking for a taste of automation? Try a bespoke CRM solution which takes care of the small tasks slowing your team down. To find out more, get in touch for a free demo.